Hello folks! For a few days now I have been feeling restless and itching to try my hand at something different. And almost providentially up came the Daily Post’s weekly challenge Song. To be specific the challenge is “Tell us a story about a piece of music that stayed with you.”

Exactly what I wanted to have an in-depth discussion about – vent so to speak. But bear with me while I lay the background.

I live in relative seclusion, just meters away from a bustling arterial road. Much of the extraneous sounds are masked by the whir of the fan or the hum of the air conditioner. But now that summer has left us (phew never thought I would live to see another winter :D) the fans and ACs have fallen silent, the sounds from around the campus is louder, clearer and distinct.

Here comes the crux of the matter.

In the morning, around 7.30 a.m, someone puts on his (am pretty sure it’s a guy) music system to play one song.

Each and every day.

A nice song I have to admit. Rafi sahab’s voice is melodious enough to melt the hardiest of hearts and the song is soft and romantic.

But for God’s sake who has a record with only one song? Where are the other songs? Bring them on! Perhaps it will help to get rid of this ear worm. If only I knew where he lived – I would have happily presented him with one of Rafi’s golden albums (and gotten to the bottom of the mystery).

The regularity and discipline with which this song is played is impressive. The mystery of it is driving us around the bend. Husband and wife have had endless debates and discussions on Why this song? Why only this song? What is the significance of this song?

We have come up several hypotheses:

He is trying to woo a girl. After all it is a romantic number and the lyrics go something like this:

My love is great (for want of a better word)

With her spring arrives

And when she leaves, spring too leaves

My love is great

My sweetheart is my life

And so on and so forth it goes – you get the gist right? Or this could be his way of publicly declaring his love without raising the hackles of his (and her) parents and other guardians of the society. This particular couplet from the song gives support to this hypothesis:

I cannot call out her name in front of everyone

Embarrassed, she is likely to be annoyed with me and

then where will I be?

Other hypothesis have been floated but they are neither tenable nor suitable for general broadcast.

By the way, my dear friends, even as I write, the mystery deepens. Yesterday morning, we missed the song – did he not play it or did we not register it? Was the guy okay? Had something happened to him? Had they broken up?

We (I) couldn’t help worrying. A diehard romantic, I said, poor chap is probably unwell.

Or – there was a distinct gleam in his eye – his music system has been smashed to smithereens.

Our fears were allayed (and hopes dashed) when he played the song in the evening.

Now we are just wondering (and hoping against hope) that he hasn’t decided to up the ante and switched from OD to BD dosage schedule.

So folks, without any further ado this is the piece of music that is with us these days – it’s only fair and neighborly to share ear worms 😀

Thanks for visiting – comments, takes and hypotheses, all are welcome!

Thank you for sharing :)

Here’s wishing everyone a super week ahead 🙂 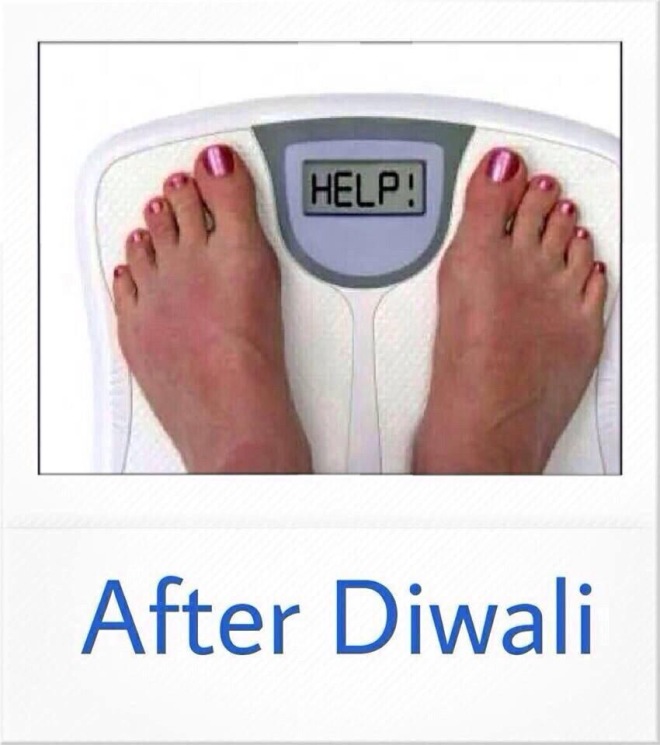 And speaking of balances 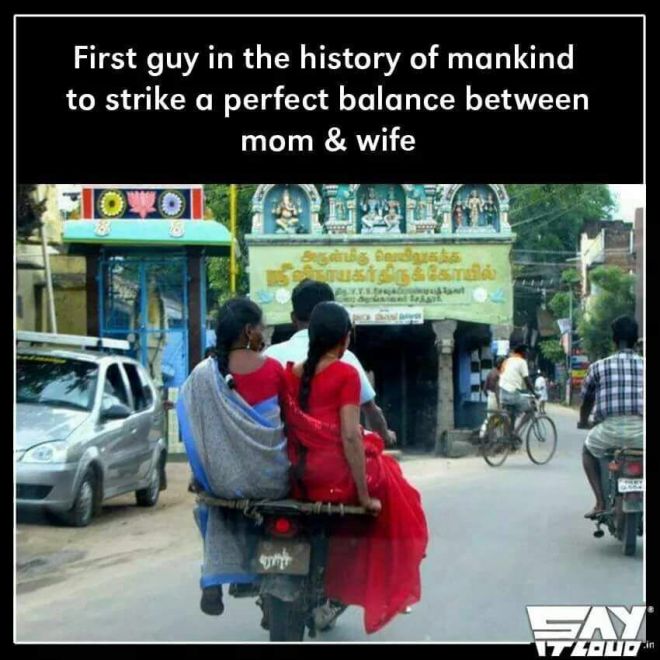 Though I must admit, the wife looks a tad more uncomfortable than the mother – what do you think?

On a different note, I wish to express my thanks to Miriam who has kindly nominated me for the Blogger Recognition Award.

I am humbled and touched by her gesture, please do check out her engaging blog with a diverse range of posts.  Many thanks Miriam, but I regret that I am unable to carry the chain forward at this juncture.

Post script. Over the week, we tend to get a lot of jokes and life philosophies as shares. Some are too good to pass up. Here I share those that appealed to me or tickled my funny bone. Hope you like them too. Please note none of the above images is mine – I am just keeping the fun going!

Have a great week ahead and don’t forget to have some fun too.

Thank you for sharing :)