Back in Delhi, it was as if Rajani had never been away. And surprisingly despite her apprehensions, it wasn’t at all difficult to pick up the threads or enter the ‘hellhole’.

Things were the same, yet there were subtle changes. Rekha for one was busy with her in-laws who were visiting. Her father-in-law gave her a wide berth while Sunaina went overboard in helping her house-hunt. She had already recced several houses and even short-listed a few. Now it was up to Rajani to take the matter further.

And that was where she was floundering and struggling to keep afloat. For she had joined her new job – six days a week 9 to 6 pm plus a travel time of one hour each way. Harsha would drop her in the morning to the bus stop and by the time she returned it would be pitch dark. And exhausted. Plus there was dinner to be attended to. At least she didn’t have to bother with breakfast and lunch, or grocery shopping which she would have to manage once they separated. Harsha had made it clear that she should not expect any sort of cooperation from him.

Fine! So be it. Despite the odds, Rajani was determined to follow through and fixed up one of the houses suggested by her MIL. It was reasonably nearby although the rent was a bit steep. It would eat into most of her salary but well worth it she consoled herself. Besides Papa had assured her over and over again not to bother her head over finances, he would always be there for her. Suryakant came down and insisted on sponsoring the essentials – Fridge TV washing machine, water purifier, a bed although Rajani drew a line at the sofa set.

“We’ll see about that later Papa. I want it all casual and ethnic. Maybe a mattress and some cushions thrown in for now.”

“So what Papa? It’s not like we know a lot of people. Besides what’s the hurry. I am more concerned about the gas. How will I cook?”

“Buy a hot plate for now. Sunainaji has promised to organize the gas.”

“Yes Papa. It is much better since I started working. Didi is busy in her own home and things are more relaxed. But I can’t help thinking it’s all because you spent so much money, invested so much into their business…”

“Never mind beta. So long as they are happy and you are happy I don’t mind spending any amount of money. How’s the job?”

Rajani’s face lit up. “Oh I love it Papa. It’s hectic and most days I barely have time to gulp down my lunch but the people are nice and most importantly the days fly by.”

Suryakant coughed. “And your periods? They are normal?”

Rajani swallowed. “Yes Papa.” She mumbled. How awful and embarrassing was this. Please don’t ask any more questions Papa. Please! She crossed her fingers.

For a moment it did look as if Suryakant would have liked to ask more but he desisted – much to Rajani’s relief. She had no answers and she was equally clueless as to how their resolution of having a baby by the end of the coming year was going to happen.

Perhaps when they shifted to their new home the privacy would give way to intimacy and everything would fall in place Rajani thought rather hazily.

But for that she had to organize the actual shifting and somehow there was always something or the other pending – the latest and final hurdle before the shift was whitewash and the clean up. Then the packers would come and she would be free! The purchases Suryakant had ordered began arriving and Sunaina generously made space in their scooter garage. Rajani’s excitement levels peaked. Now she just had to find some time to tie up the loose ends.

But, to belabor the point, with a job in hand, other than weekends, finding time was next to impossible. Days were short and cold and leave wasn’t easy to get in a private company, besides Rajani was the diligent dedicated kind. Weekends were no less hectic and now even more so with a rash of dinners and weddings.

“Rani beta, don’t worry, I will get the house whitewashed. Don’t you worry.” Sunaina assured her over and over again. Harsha’s expression tightened. He was clearly on his best behavior. Yet he was aghast at the expenses. “You are spending so much money on the rent? Are you crazy?”

“It’s from my salary.” Rajani retorted.

“And all these new appliances and stuff?”

“He is doing this for us for our marriage to work. Just like he invested in your business.” Rajani looked at him with steady gaze.

Harsha’s fists clenched but he backed off.

Victorious Rajani felt gung ho. She would handle the whitewash ASAP too. But when she got down to the actual nitty-gritties; she found that it wasn’t as simple as it sounded. She would have to interact with unknown men, give instructions, and perhaps take a tour of the apartment with them. Would that be safe?

What if they shut the door?

If only Harsha would cooperate a bit. This was his domain dammit. But he had made his position clear and Rajani didn’t want to beg.

Or allow Mummyji to handle it.

“Mummyji, do you have the phone number of the contractor who whitewashed this house.”

“Yes. I do. Let me see, what was his name,” she scrolled through her contact list, “Radheshyam? No that was the plumber. Oh I better call the plumber, hello Radheshyamji…”

“Contractor? Oh right. Yes let me see, Naresh…no Himesh…I can’t remember. But don’t worry beta, give me a day or two, I will organize the whitewashing. I know how to bargain and get a good deal.”

“Thank you Mummyji.” Rajani smiled triumphantly to herself. Exactly what she had been angling for. She was learning.

Just a few days more and she would be out of here.

A day or two became a week as the contractor had dengue. One week became two and well into the third week, and Rajani became antsy – the rent had been paid and yet they hadn’t shifted. This wouldn’t do! She searched on the net and found someone to do the job right from whitewash to clean up. At an additional cost they would even help shift her things. Even though the charges appeared steep to even Rajani’s untrained eye, she would hire them. She had had enough of her MIL’s delaying tactics.

“Hello Papa,” Rajani spoke to her parents, “I will be shifting next Friday.”

“I couldn’t organize the whitewashing Papa. Mummyji refused to give me the number of the contractor but she promised to get it done. But that also she kept delaying so I hired someone myself.” She said smugly.

“But I don’t get it. Why would you have to get the whitewashing done? That’s the landlord’s job.”

“Yes of course. Why would you pay for that? Why didn’t you speak to me?”

“What’s there to ask Papa? I am discussing the topic of whitewashing everyday with Mummyji and Harsha but,” Rajani felt betrayed. And guilty. And furious. But relieved and grateful that she had spoken to her father before giving the check.

“Mummyji I need the phone number of the broker. And I need it now. And the contract. Where is it?” Rajani accosted her MIL.

“We just had a verbal discussion.” Sunaina said mildly. “I don’t know anything about the contract.”

Rajani’s blood ran cold. “But…but what about the one lakh rupees that Papa gave as advance and rent?”

“I have that safely in my account. I am not such a fool as to give him the money without a contract!”

Rajani felt out of her depth. Her mother in law was playing her! She was no match for her shenanigans. She wouldn’t be able to handle this alone.

“Do you have the broker’s phone number?” Rajani hated the quaver in her voice.

“I will forward his number to you.”

“Hello Nareshji, this is about the apartment. Remember I had come to see it with Sunainaji?”

“Yes, yes. I have been waiting for your call but you didn’t get back…”

“I wasnt well? What gave you that idea? I am perfectly fine.”

Blind hot rage engulfed Rajani. But she determinedly pushed it aside.

“My mistake.” She said politely. “About the flat…”

“You didn’t call so I have given it to another.”

“How can you do that?” Rajani began to cry.

“Okay okay no need to get upset. I have one more apartment in this complex. You can take that. But you will have to wait for a month, as the tenants are yet to leave.”

“What about the rent?” Rajani dried her tears.

“This is cheaper than the earlier one. It’s smaller than that and a bit further inside the complex.”

“Come over anytime to my office with your husband, I’ll have it ready.”

“Never mind bitiya. This men’s business, I will contact your husband…”

“I told you he’s very busy,” Rajani was getting desperate.

“Not at all I meet him every other day in the market. Very nice and decent boy, your husband, I have known him since he was in he was in knickers.” He paused. “I don’t understand why you are insisting on moving out of your in-laws house. Why break-up a happy contented family? Why deprive them of…?”

“Please Uncleji, I have my reasons.” Incensed, Rajani snapped. “Please tell me where and when to come. I will sign the contract and that’s that.” Rajani was firm.

“I will talk to your husband and he will let you know.”

Rajani wanted to tear her hair out. Couldn’t she rent a house dammit? Did she have to be dependent on her husband? This was so not fair!!! 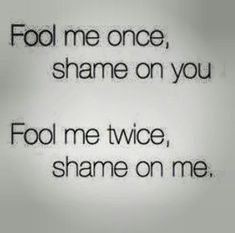 Click here for the next chapter: Crisis at Work