This is in response to Susan’s Macro Moments Challenge 5 and the theme is Macro Plants and Flowers.

Last week I had the opportunity to travel through the countryside (twice!) and I bring selected glimpses – mostly from inside the car. 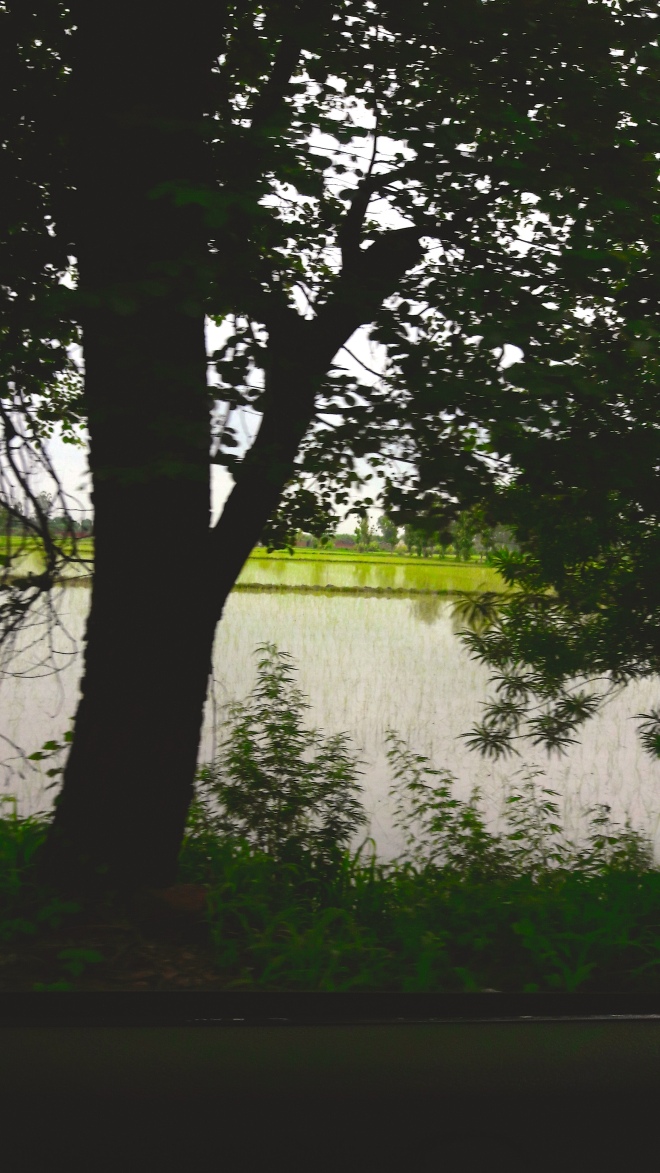 This little fellow chugging on the highway shuttling between villages 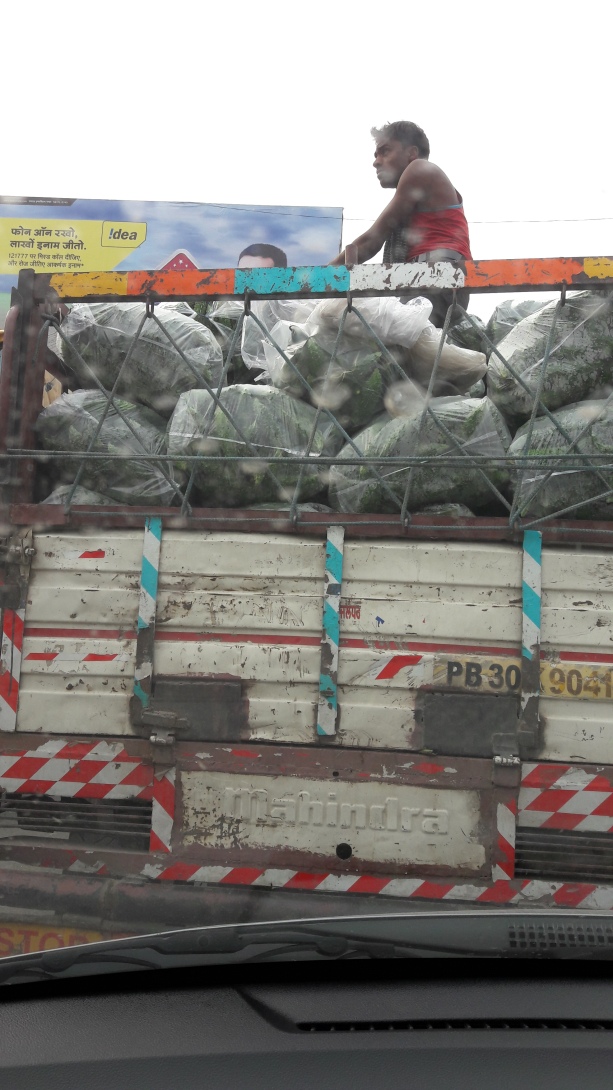 Stopping to give this one the right of way

Oh look who got a joy ride into the city 😉

Country roads take me home to the place where I belong….

And on this side too – looking positively disapproving don’t you think? 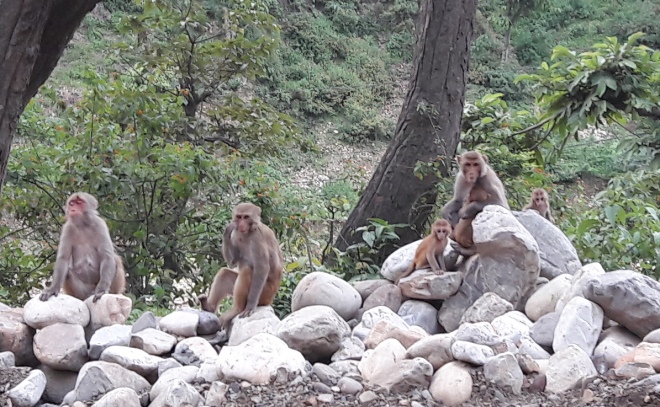 This post is in response to Nancy’s A Photo A Week Challenge and the theme is Out in the Country. Hope you liked 😀

Just a little reminder as another new week kicks in 🙂

Got something to share that will spread some cheer and joy? Do leave your link in the comment box or create a pingback to this post.

Have a great week ahead and don’t forget to have some fun too.

At Ross Island, one of the islands of the Andamans and Nicobar islands, India.

Ross island was the headquarters of the Indian Penal Settlement for nearly 80 years.

Remnants of an opulent past in the ruins of the church, swimming pool and the chief commissioner’s residence with its huge gardens and grand ballrooms.

More power to the trees! What say you?

This is in response to Cee’s Oddball Challenge Week 28 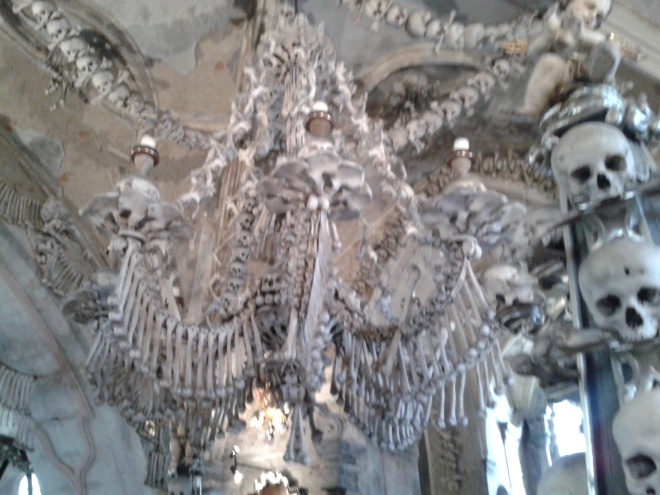 Chandelier made of bones and skulls. Sorry it’s a bit out focus – hands shaking I guess 😉 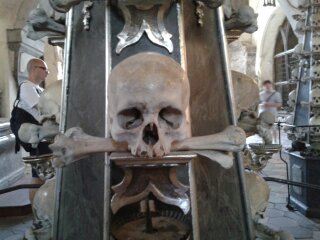 The Sedlec Ossuary, is one of the 12 World Heritage Sites in the Czech Republic. It is located beneath the Cemetery Church of All Saints in Sedlec near Kutna Hora. The cemetery was a very popular burial site. The ossuary is believed to contain the skeleton of between 40,000 and 70,000 people. Apparently the task of exhuming skeletons and stacking their bones in the chapel was given to a half-blind monk who arranged the bones to form decorations and furnishings for the chapel.

It’s a fascinating place to visit, to think, how the monk managed to create such works of art when he could barely see with things a person would run miles from.

“Any fool can be happy. It takes a man with real heart to make beauty out of the stuff that makes us weep.” ― Clive Barker

Hello and hope you are having a grand weekend. I found another interesting challenge – Six word Saturday (6WS). Given my penchant for rambling, I thought this would be good discipline. So here goes – do let me know what you think. You are welcome to use to more than 6 words 😉

But we did not.

This is for Nancy’s Photo a week Challenge and the theme this week is – you guessed it Hands :D. And I think I am late but what the heck – onward ho!

Hands feed the sweetest bite or capture the moment. 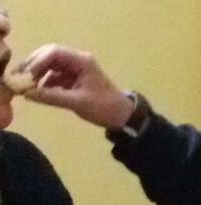 The Man of the house

As you know, hands can be a thing of beauty – especially when cared for

Henna also adds to their beauty don’t you think?

Did you know hand gestures (mudras) can be used to tell a story?

And finally a glimpse of hands that created a new World Record. 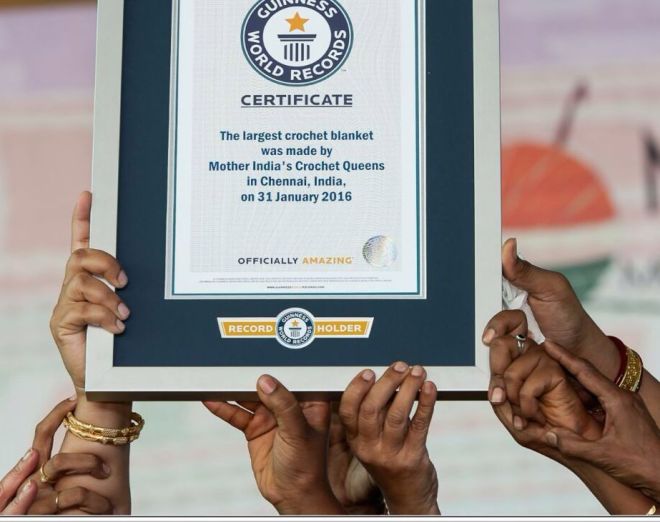 “Sometimes, reaching out and taking someone’s hand is the beginning of a journey. At other times, it is allowing another to take yours.” ― Vera Nazarian

Have a great weekend!

Hello! How’s the week been? Looking forward to the weekend I guess. Some armchair time, traveling the world through blogs and stories, one hopes.

Well anyway, it’s time for the Story Club. If you remember, Story Club #1 began on the 15th of June. I wanted it to be a weekly affair but a lukewarm response forced me to make it a monthly event – for now 😉

YP of In the zone has kindly offered to host this month’s Story Club. She has chosen Stephen Crane’s short story ‘The Open Boat’. I would advise you to read the story before rushing off to read YP’s review – she’s has a neat hand and a cool worldview. She is also participating in the summer A to Z challenge and it is interesting how she has woven the Story Club into it!

From my side, just a short background on the author and the story – as gleaned from the web. The story published in 1897, is based on Crane’s experience of surviving a shipwreck. Crane was stranded at sea for thirty hours. His account titled “Stephen Crane’s Own Story” was first published a few days after his rescue. But this focused primarily on the sinking of the Commodore, and the ensuing chaos. Crane subsequently adapted and rewrote his experience as a short story The Open Boat. This was later published as part of the book The Open Boat and Other Tales of Adventure in the US. The open boat is the most feted of all of Crane’s work. Indeed the stark reality and helplessness of the situation is vivid and hard hitting. Unfortunately, Crane contracted tuberculosis and died when he was just 28 years old. Tragically, his premature death brought him greater recognition, fame and acclaim.

Thanks for reading and now let’s move to the real review – don’t forget to leave your comments and suggestions.

If anyone is interested or motivated enough to join the Story Club – most welcome! Just create a pingback to this post so that we can hop over for a read.

Written for the Friday Fictioneers hosted by Rochelle – a story in 100 words or less. Click here for other stories on this prompt. Thanks to Sandra for the photo 🙂

Off the Beaten Track

“Mom!” Ravi protested, “Why did you take this road?”

“Didn’t you see the massive traffic jam on the main road?”

“Mom, main roads are always a safer bet. Here, on this track, who knows when it will clear or even whether we will reach our destination?”

“Patience Ravi, patience.” She was unperturbed. “Look, the sheep are all going the other way. In just a while, we will own the road.”

“So tell me Mom,” Ravi turned to her, “what were your objections to leaving my job in the US and taking up farming in Kerala?

Look forward to hearing from you 🙂

Reminder: Today’s the 15th of July and time for Story Club # 2. Do read Stephen Crane’s The Open Boat and drop in for a review by YP of In the Zone later in the day. Anyone interested in posting a review of their own – most welcome! Please create a pingback to the post Story Club #2 – coming soon at a blog near you 😀