This is my entry to the flash fiction challenge What Pegman Saw inspired by any view of a given location on Google maps. The challenge is to write a story in 150 words or less.This week’s location is of Burhanpur, India. To read the other stories inspired by this prompt click here

A tinkle and a rustle.

A frail woman emerged from the shadows.

“Did you get any food?” She looked at him hungry eyed.

“A little.” He dug out a bundle from his robes. She fell upon it with eager hands and mouth.

“It is done. The Begum is buried.”

“It wasn’t my fault Brother. It was her fourteenth child.”

“If only you had not run away.”

“I panicked Brother. The Emperor’s favorite begum died in my arms. He would have had me buried alive.”

“You should have taken a chance with the Emperor.”

“What do you mean?” She stilled at the bleak look in his eyes.

“We have orders to proceed to Agra.”

“To build a mausoleum for the begum.”

“You should have taken a chance with the Emperor.”

Note: The above is a fictitious account based on the following historical information:- The Mughal Emperor Shah Jahan is believed to have spent a lot of time at the Shahi Qila with his favorite Begum Mumtaz Mahal. She died here giving birth to their 14th child. Mumtaz Mahal was buried here until the Taj Mahal was constructed at Agra. Shah Jahan wanted the Taj Mahal to be built in Burhanpur but had to give up the idea because of lack of availability of white marble in this region.

Thank you for reading – comments and critiques welcome. 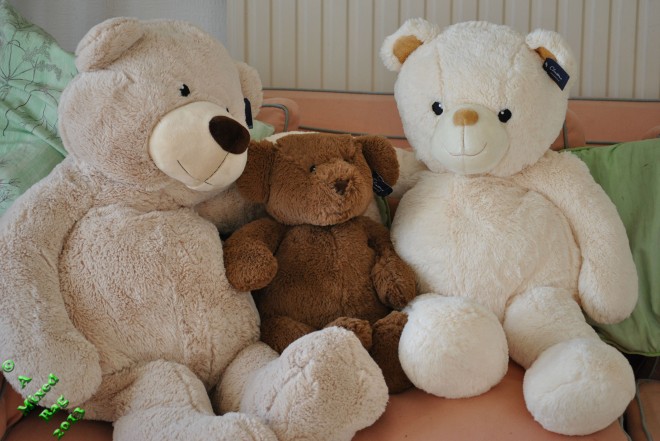 “Shut up! You’ll get us into trouble.”

“But Aunt gave Dolly to me and Lily the three bears.”

“Fine!” Mama gathered up the bears and put them away. “I will gift them to someone else. Share the doll.” She ordered before sweeping away.

Di stared at the armless doll. “Look what you did!”

“You did it!” Lily threw the arm at Di. It flew out of the window.

“Murderer!” Di shrieked. She dumped Dolly and went for Lily.

But Lily was inconsolable. “I am not a murderer Mama,” she sobbed and sobbed.

Di was downcast. She held out Dolly. “You can have her.” She had fashioned a new (albeit floppy) arm with a red sock filled with cotton wool.

Lily brushed the dust off the photo of the three of them. “Miss you Di.”

Written for the Sunday Photo Fiction – a story in 200 words or less. Thanks to Alistair Forbes for hosting it.To read the other stories inspired by this prompt click here

Thanks for reading -and leaving me a note 😀